Michael (Mike) Wainwright is a 46-year-old driver. He is perhaps best known by motorsport fans as the owner of a team called Gulf Racing. Since the team was created, he has represented it numerous times on the world stage. His team currently includes fellow drivers Benjamin Barker (aged 31) and Andrew Watson (aged 24). 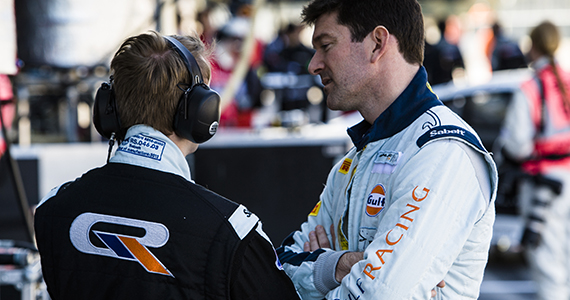 Mike Wainwright was born in the UK in June of 1973. In an interview with Gulf.nl, Wainwright spoke about the origins of his interest in racing. What began as an early interest in his childhood has since inspired him to put on the gloves and get behind the wheel.

“I guess I have been interested in cars since my childhood,” he said. “I became more interested in my early 20s when I started to actively race go karts for fun. This lead to track days with cars and eventually to my first official race – at the Dubai 24hrs.”

Mike Wainwright’s love of racing has been on full throttle since he became an adult. However, you wouldn’t see his name alongside any kind of racing coverage prior to ten years ago. For Mike Wainwright, competitive racing only took a front seat in his life during the last decade.

In fact, Mike Wainwright was more widely known as a businessman before he made his motorsport debut. As a young adult, he graduated from Southampton University with a Bachelor of Science in Mathematics and Actuarial Studies.

Mike Wainwright is still successful in the business world. As a result, he is left juggling his motorsport career with his work as a high-level executive.

Even Wainwright agrees that balancing a normal life while being a prominent figure in both the business world and the world of racing is daunting. He previously told Gulf about his disadvantage compared to some of the other drivers-teams. Unlike many of his competitors, he doesn’t have the free time required to do as much testing as he’d like.

Luckily, Wainwright’s attitude regarding the situation is quite playful. He told Gulf that “moaning about it will not change much” and that he intends to just “get on with it.”

2010 marked the first recorded competitive race that Mike Wainwright participated in. The race was part of the fifth season of the FIA GT3 European Cup. This 2010 season ran for a little over 5 months, concluding on the 10th of October at Circuit Zolder.

Representing Gulf Team First, Wainwright and his teammates placed tenth in the standings. In his race, Wainwright drove a Lamborghini Gallardo.

That same year, Mike Wainwright participated in the 2010 French GT Championship with four races and zero wins. He also took part in one race in the 2010 24H Series – A2.

That same year, he took part in a set of races as part of the 2011 Le Mans 24h, GTE Am class. As well as the GT class and LM GTE Am class. At this point in his racing career, he represented the team Gulf AMR Middle East.

Later in the year, he participated in an additional seven races. Two were during the 2011 edition of the Le Mans Series – LM GTE Am class. The other five races were part of the 2011 Intercontinental Le Mans Cup.

One famous principle for mastering a skill is the “10,000-Hour Rule.” According to author Malcolm Gladwell, it takes 10,000 hours of practice to become a master of your craft.

While Mike Wainwright couldn’t physically put 10,000 hours worth of racing into 2010, he was extremely proactive about putting in the work. Alongside his time spent practicing and strategising, he took part in at least 7 competitive races. One of these races was another entry in the Dubai 24 Hours, in the A6-GT class. The remainder of Wainwright’s 2012 races were split between the Blancpain Endurance Series – GT3 Pro Cup and Blancpain Endurance Series – GT3 Pro-Am Cup. In the former, his team placed 27th in the standings.

In 2013, Mike Wainwright and his Gulf Racing team placed 5th in the rankings for the 2013 edition of Gulf 12 Hours, in the GT3 Pro-Am class. Arguably, this marked his best competitive performance at that point in his career.

That meant that Wainwright began the 2013 season in high spirits and with victory in his crosshairs. Unfortunately, across his other competitive races during the year, he couldn’t quite recapture the magic. He partook in four 2013 Blancpain Endurance Series races, but did not receive a ranking on the score table. 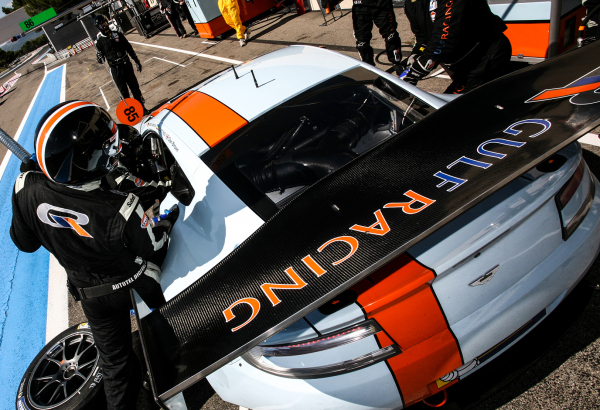 2014 broke the pattern Mike Wainwright had established in the three prior years. This time, he didn’t divide his attention across multiple racing cups. His only competitive attempt was in the European Le Mans Series, a world-renowned European sports car racing endurance series.

Mike Wainwright carMike Wainwright participated in the tenth edition of the series. Through 5 gruelling races, Wainwright and his Gulf Racing UK team members earned 28 points. This was just a single point less than the next-highest team (which earned 29 points).

As a result, Mike Wainwright and Gulf Racing UK placed 11th out of the 27 teams that made it onto the standings.

2015 was an absolutely historic year for Mike Wainwright and the entire Gulf Racing team. Through an impressive performance across five races, Wainwright helped legitimise the Gulf Racing team and get his name out there as a force to be reckoned with.

Mike Wainwright and his teammate Adam Carroll earned 56 points at the 2015 European Le Mans Series, in the GTE class.

This was the year that Mike Wainwright secured his first racing win. Thanks to a particularly impressive performance during one of his five races, he had a lot to celebrate. Overall, his team ended the series in fourth place. 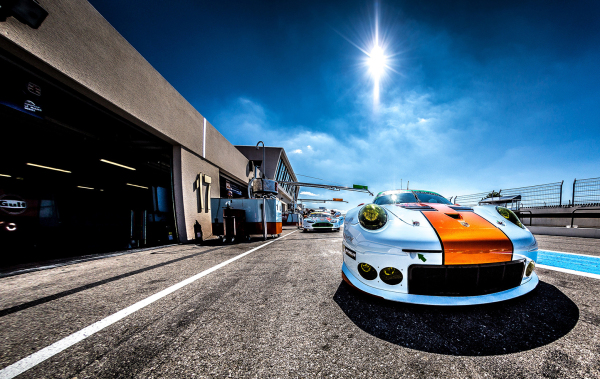 Following his success at the European Le Mans Series, Mike Wainwright raced into 2016 on a high. This was a big year, as he competed in nine competitive races. All nine were part of the 2016 FIA World Endurance Championship, in the LMGTE Am class.

Organised by the Automobile Club de l’Ouest, this racing world championship was a great opportunity for Mike Wainwright to build on his team’s momentum from the previous year.

He earned a standing in 7th place for the season. His team amounted an impressive 106 points. Wainwright even secured an accolade for “fastest lap” during one of his races.

Mike Wainwright’s team Gulf Racing UK placed 22nd in the 2017 GT FIA World Endurance Drivers Championship. This was a step down for the team considering their previous upwards trajectory. However, Wainwright wasn’t about to drop his love for motorsports anytime soon.

He competed in an additional seven races throughout the year as part of the FIA World Endurance Championship series. Here, his team managed to come in 7th place.

Mike Wainwright and his Gulf Racing UK team placed 33rd in the 2018-19 World Endurance GTE Drivers Championship for the 2018-2019 season.

Mike WainwrightIn the FIA World Endurance Championship, on the other hand, Mike Wainwright managed to place 7th in the standings. During the season, he participated in eight competitive races for 2018-2019.

Moving forward, Mike Wainwright will most likely want his trajectory to continue to take him to new heights. With his love of racing and motorsports behind him, there is no limit to what Wainwright and his Gulf Racing team could accomplish in the upcoming season.